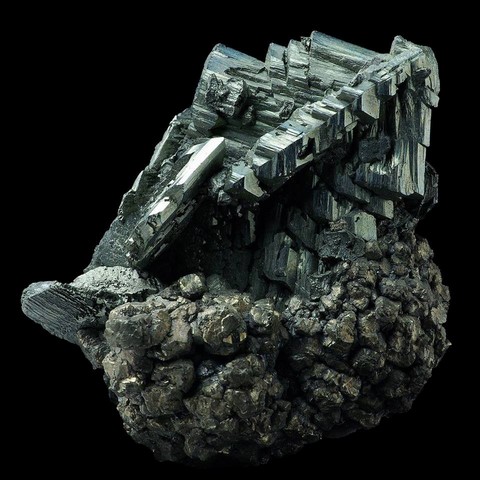 Marcasite (sometimes written "marcassite") is a common sulphide. It is the orthorhombic dimorph of pyrite but it is however much less abundant than this one. Marcasite is formed at low and medium temperatures in acidic conditions and is found mainly in sedimentary contexts (limestone, marl, chalk) and hydrothermal veins. It also results quite frequently from the transformation of pyrrhotite. It is a mineral that owes its name to the Arabic word for pyrite. This term seems to come from the former province of Markhashi, north-east of Persia, where there were deposits of this mineral. Metallic luster, its color on fresh break is pale yellow in greenish or greyish shade, quickly turning pale yellow by exposure to the air which alters it by producing sulphates of iron and sulfuric acid. In old collections this has the effect of destroying the paper labels accompanying the samples. Marcasite is found in fibro-radiate spherical nodules (common in sedimentary formations), and in tabular crystals on {010} frequently twinned on {101}, giving repetition of pseudopentagonal assemblages known as "crest of cock". In the hydrothermal veins it is sometimes fibrous but more frequently massive and granular, associated with many other sulphides. 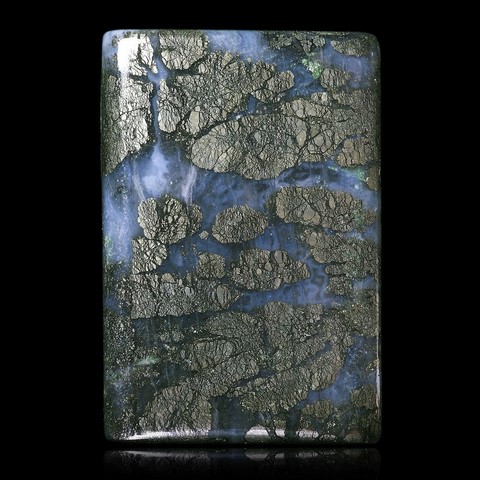 Marcasite in the World

Very beautiful crystallized samples of marcasite are known throughout the world. The largest known are probably the pyrrhotite pseudomorph from Llallagua in Bolivia (more than 26 cm) ; the most spectacular centimeter samples come from Joplin (Missouri) and Folkestone (England).

In France, the Cap Blanc-Nez deposit (Pas-de-Calais), provided magnificent trees of multi-twinned crystals included in the chalk. The Cretaceous limestones of the Aube and the Marne yield spectacular ovoid nodules with radiated textures, sometimes of decimetric size. In the alpine limestones of Montalieu we can find the marcasite in replacement of some fossils.

Several twins are known for the species, one is common on {101}, even contact twinning ; it can be repeated to form 5-pointed stars called "sperkise twinning". Another less common exists on {011}.

Remember that because of its sedimentary gemology, marcasite can replace some fossils, this is the case in Montalieu in Isère (corals, bivalves, belemnites, etc...).

Many fibro-radiated nodules found in French underground sediments are actually pyrite. Without crystals developed and without laboratory analysis, it is impossible to tell the difference with the naked eye.