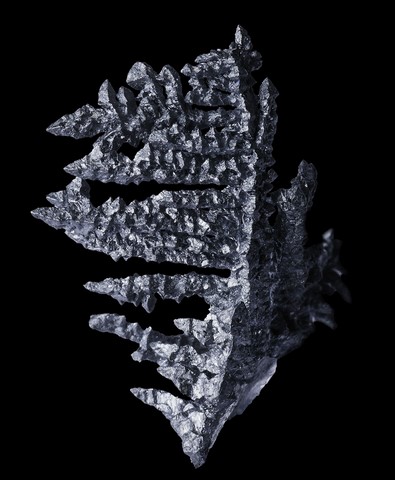 Acanthite is one of the most common silver ores (it contains 87%), present in the hydrothermal veins of lead-zinc-silver and gold, mainly in their cemantation zone. It is usually found in centimetric ranges associated with other silver minerals and different sulphides. Thus, acanthite is associated with pyrite, sphalerite, galena and many other silver minerals (polybasite, pyrargyrite, tetrahedrite); it is also a mineral accompanying gold in epithermal veins, metalliferous emanations from volcanic activity. Its name comes from the Greek acantha (thorn) in connection with the shape of its crystals. It most often results from the transformation of argentite, an unstable mineral below 179°C, of which it retains the massive, arborescent forms, sometimes in cubo-octahedral crystals. It is a lead gray mineral which quickly tarnishes black in air, characterized as a lot of silver sulphides by a high density (7.2) and a low hardness of just over 2. Acanthite is an important silver ore but which rarely forms large clusters. This mineral was called "silver mine" by the designers of the Middle Ages who used its property to write on paper. More discreetly, the tarnish of native silver is due to the formation of a surface film of acanthite.

Acanthite in the World 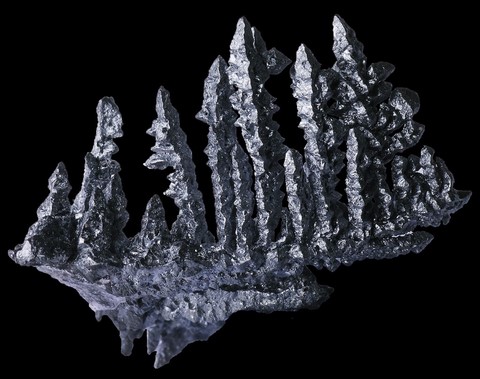 Automorphic crystals, which are in fact mostly argentite pseudomorphs (paramorphs), are however rare : the most beautiful samples, cubes and octahedra reaching up to 8 cm, come from Freiberg and Schneeberg (Saxony, Germany), from Jáchymov (Czech Republic), Guanajuato (Mexico), Chañarcillo (Chile) and Monte Narba (Sardinia, Italy). Finally, the epithermal silver deposit of Imiter in Morocco produced octahedra as well as firs of more than 4 cm.

In France, acanthite is found in microcrystals in the kaolin quarries at Echassières (Allier), at the Le Rhun mine (Côtes-d'Armors), in the Lopérec gold mine (Brittany), in the silver mines of Ste-Marie-aux-Mines (Haut-Rhin), at the mine of Ste-Lucie (Lozère), at Peyrebrune (Tarn), etc... 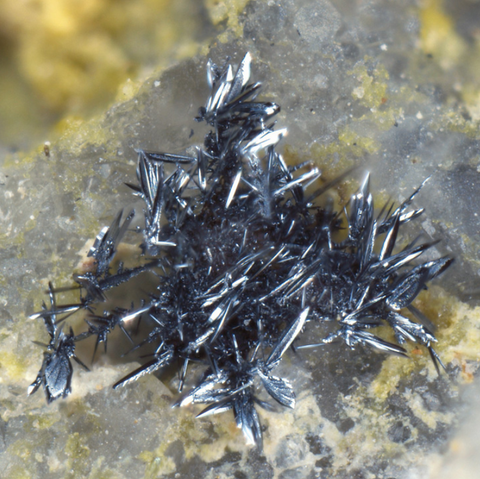 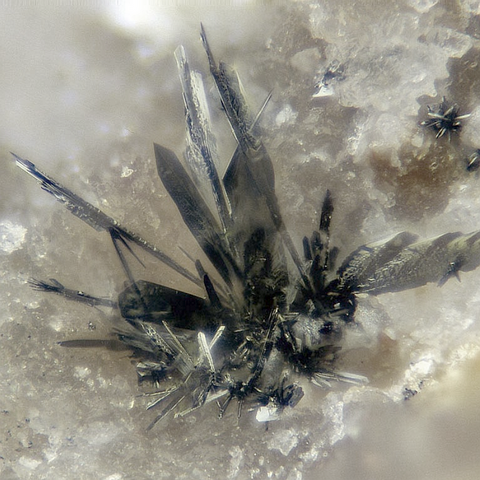 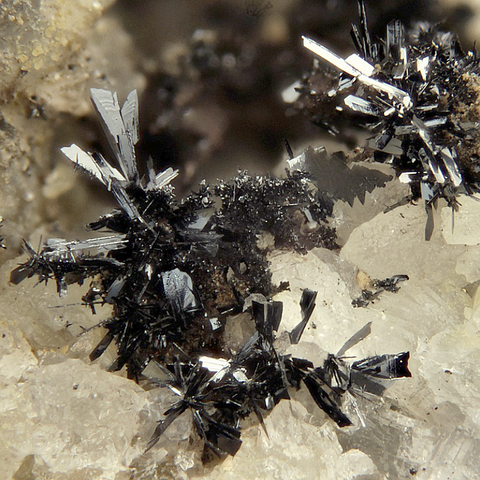 Acanthite may show polysynthetic twins on (111), but these are not visible to the naked eye.