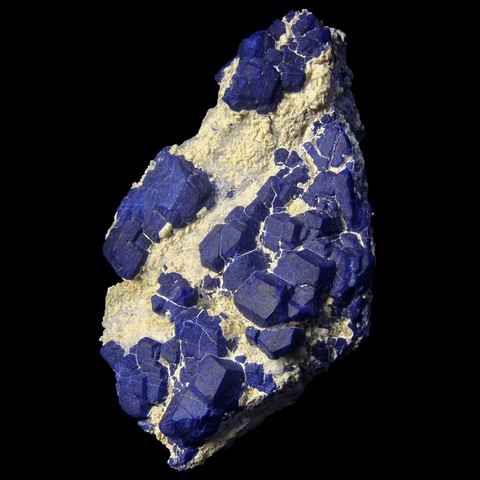 Also called lapis lazuli, lazurite is a rare feldspathoid belonging to the sodalite group. Its atomic structure is identical to that of sodalite and has large gaps in which are housed Ca, Na ions, SO4 or CO2 groups, sometimes Cl ions, and above all notable quantities of sulfur, which make it specific. Lazurite can sometimes be called haüyne or haüynite, it is considered to be a sulfur-rich variety of the latter. Its name comes from Persian lashward (blue). It is a mineral of metamorphic limestones in contact with alkaline granite or syenites. It generally occurs in coarse or microcrystalline masses, compact or diffuse, of variable shade : azure blue, by mixing with nepheline, to a superblue ultramarine or purplish blue : these very sought-after masses for decoration take the commercial name of "lapis lazuli ". Developed crystals are very rare. The most colorful varieties are very popular in jewelry and decoration for making art objects. Lapis Lazuli has been mined since Antiquity in Afghan Badakhshan, as evidenced by the beetles in the shape of a scarab from Ancient Egypt. Crushed it was also used as a pigment for a long time. 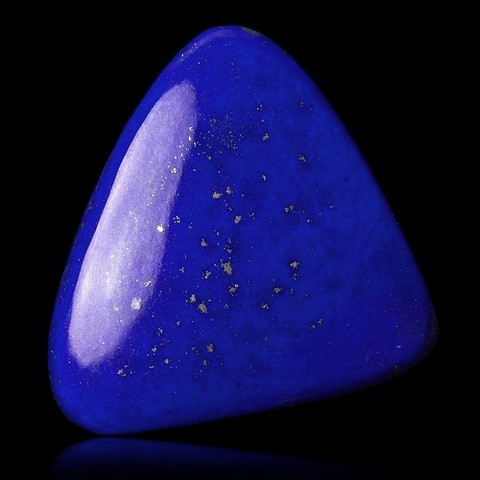 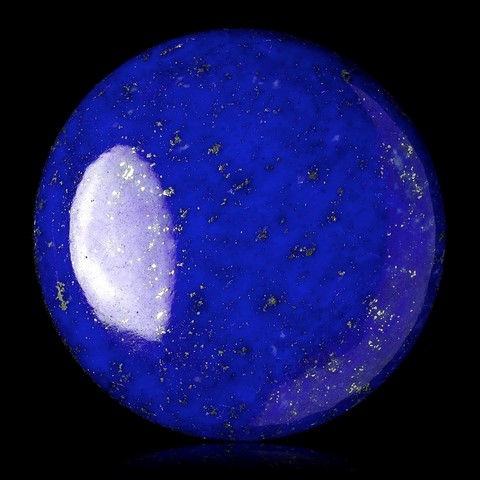 Lazurite in the World

The Sar-e-Sang deposit (Badakhshan, Afghanistan) is by far the most beautiful deposit in the world. It provides indigo to light blue masses studded with pyrite microcrystals, witness to the presence of sulfur, and magnificent octahedral and cubo-octahedral crystals (extremely rare) reaching exceptionally 5 cm. Lazurite is associated with phlogopite, diopside, apatite, noséane and nepheline in a white cipolin. This facies is found in the deposits of the Slyudyanka river, near Lake Baikal (Russia), in particular in Novji and Staryi, which exploit blue masses weighing up to 400 kg ! Staryi is the second deposit in the world with Sar-e-Sang to supply rare dodecahedral crystals up to 15 mm. Chile has a very important deposit with Oval but whose production is of lower quality. Lazurite is also present in various locations in California and Italy.

Lazurite is not present in the French underground.

No known twin for the species.

Treatments for lapis lazuli are common, but treated lapis is not very stable and is still less valuable than natural lapis. One of the most common treatments is dying. It improves color and hides calcite inclusions. The dye can be applied to all or part of the gem. Natural greenish lapis can be slightly heated and then dyed to improve its color. The dye can come off if it is rubbed with acetone, solvent or denatured alcohol, so sometimes it is sealed with wax or plastic. Unpainted lapis can be impregnated with wax or oil to improve color and luster. These treatments have only good stability and a gemologist can detect them. 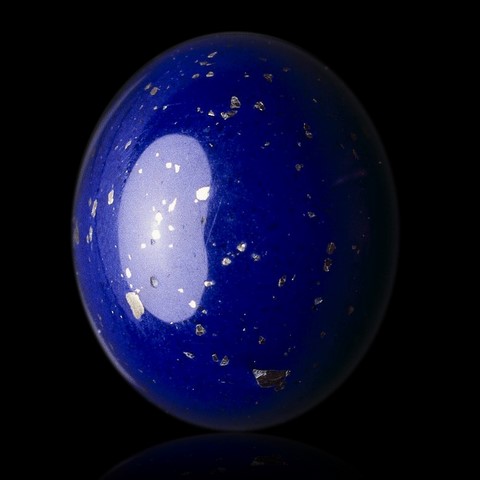 Because of its interest and long-standing value, imitations are almost as old as the lapis itself. The ancient Egyptians actually developed an imitation of lapis, apparently colored with copper sulphate. Some other materials that have been used to imitate lapis lazuli are glass and plastic. Recent history has seen the advent of Gilson lapis lazuli imitation. It is composed of synthetic overseas pigment and hydrated zinc phosphates. Lapis Gilson is very porous. Unlike natural lapis, its shine is dull. Its hardness is only 3 on the Mohs scale, while natural lapis falls between 5 and 6. The imitation generally has a uniform color, with dark purple spots which are reflected in reflected light. It may contain pyrite, added in small quantities and distributed evenly over the material as a dusting of small grains. The outline of the pyrite grains is then angular and sharp (photo on the right).

TP : Translucent to opaque
RI : 1.502 to 1.522
Birefringence :  None
Optical character : None
Pleochroism : None
Fluorescence : Brown-orange under short waves UV light